Most people are aware that there is a government body that acts as the guardian of the economy – an economic sentinel who implements policies designed to keep the country operating smoothly. Unfortunately, most investors do not understand how or why the government involves itself in the economy.

In the U.S., the answer lies in the role of the Federal Reserve, or simply, the Fed. The Fed is the gatekeeper of the U.S. economy. It is the bank of the U.S. government and, as such, it regulates the nation’s financial institutions. The Fed watches over the world’s largest economy and is, therefore, one of the most powerful organizations on earth.

As an investor, it is essential to acquire a basic knowledge of the Federal Reserve System. The Fed dictates economic and monetary policies that have profound impacts on individuals in the U.S. and around the world. In this articall, we’ll learn about how the Fed is structured and talk about monetary policy and the Federal Open Market Committee (FOMC) rate meeting. 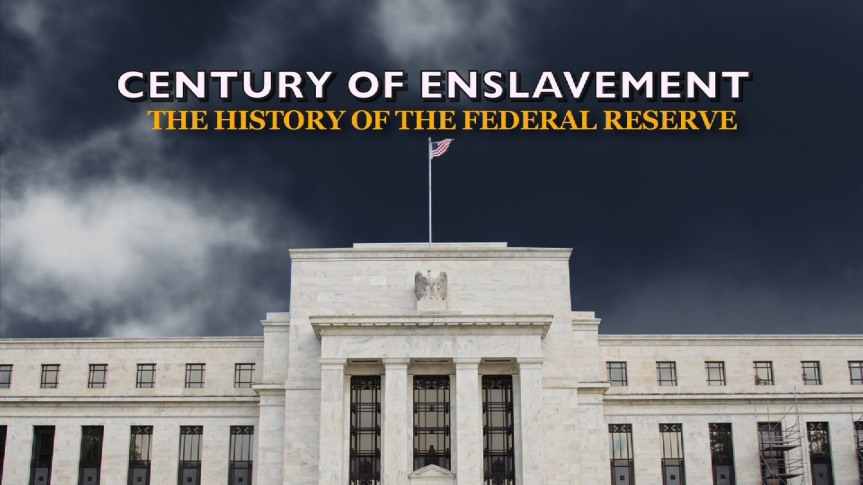 What Is The Fed?

In November 1910, a group of six men met at the Jekyll Island Club off the coast of Georgia to secretly discuss their concerns about the banking system in the U.S. Like many Americans at the time, they were worried about the potential for financial panics, which had disrupted economic activity periodically throughout the previous century – and just three years earlier during the Bank Panic of 1907.

The men also believed that antiquated arrangements hindered the nation’s financial and economic progress – U.S. banks, for example, couldn’t operate overseas. To address these (and other) concerns, the group wrote a plan to reform the nation’s banking system. Their plan ultimately became the foundation for the Federal Reserve System.

The Federal Reserve provides the U.S. with a “safe, flexible and stable monetary and financial system.” Since 1977, it has operated under a “dual mandate” from Congress to foster economic conditions that achieve both stable prices and maximum sustainable employment – and it’s also charged with moderating long-term interest rates.

The primary function of the Federal Reserve System is to conduct monetary policy. The Federal Open Market Committees sets U.S. monetary policy in accordance with its mandate to promote stable prices, maximum employment and moderate long-term interest rates (monetary policy is covered in more detail in the following section of this tutorial).

The financial system in the U.S. is regarded as stable when its financial institutions and markets provide people, communities and businesses the resources, products and services they need to invest in and benefit from a healthy economy. To keep the financial system stable, the Fed monitors the links between investors, savers, borrowers and businesses – at home and abroad. The goal is to make financial institutions and markets more resilient, so they can bend without breaking during times of distress.

The Federal Reserve System is charged with protecting the integrity of the financial institutions in the U.S. by promoting “the safety and soundness of individual financial institutions and [monitoring] their impact on the financial system as a whole.” It oversees a broad array of financial entities, including bank holding companies (the largest segment supervised), state member banks, savings and loan holding companies, foreign banks operating in the U.S. and others. In doing so, the Fed reinforces the public’s confidence in the banking system.

As banker and fiscal agent for the U.S. Treasury, the Fed also provides banking and securities services for the government, chiefly through depository institutions. The Reserve Banks provide the U.S. Treasury with a checking account, and when the government pays for something, the payment is typically cashed by or deposited in a commercial bank. The Fed processes the payment and deducts the amount from the Treasury’s account. Much of this is done electronically through the Treasury Direct system.

While the Treasury produces U.S. paper money and coin, it’s the Fed’s responsibility to put newly produced money into circulation to meet public needs, as well as to destroy money that Is no longer fit for circulation.

A Fed survey shows that most American families are involved in the financial services marketplace – as bank account holders, credit card users and/or borrowers. The Fed helps ensure that the financial institutions it supervises comply with the laws that protect consumers. These laws govern consumer credit to help ensure that banks and other financial institutions are acting in the public’s best interest. Examples are the Truth in Lending Act, the Equal Credit Opportunity Act, the Home Mortgage Disclosure Act and the Truth in Savings Act.

The Fed has three main tools at its disposal to influence monetary policy:

The Fed constantly buys and sells U.S. government securities in the financial markets, which in turn influences the level of reserves in the banking system. These decisions also affect the volume and the price of credit (interest rates). The term open market means that the Fed doesn’t independently decide which securities dealers it will do business with on a particular day. Rather, the choice emerges from an open market where the various primary securities dealers compete. Open market operations are the most frequently employed tool of monetary policy.

The discount rate is the interest rate that banks pay on short-term loans from a Federal Reserve Bank. The rate is usually lower than the federal funds rate, although they are closely related. The discount rate is important because it’s a visible announcement of change in the Fed’s monetary policy and it gives the rest of the market insight into the Fed’s plans. The Federal Open Market Committee meets eight times a year to set the fed funds rate.

The Fed sets reserve requirements that specify the amount of physical funds that depository institutions are required to hold in reserve against deposits in bank accounts. The Fed also determines how much money banks can create through loans and investments. The Board of Governors has sole authority over changes in reserve requirements. Effective Jan. 1, 2018, the requirement is a reserve of 10% of deposits for banks with more than $115.1 million on deposit, and a reserve of 3% for banks with $115.1 million or less, but more than $15.5.

The use of open-market operations is the most important tool for manipulating monetary policy. The Fed’s goal in buying and selling U.S. government securities is to affect the federal funds rate – the rate at which banks borrow reserves from each other. The Federal Open Market Committee (FOMC) sets a target – or target range – for this rate, but not the actual rate itself (that’s determined by the open market). The target is what news reports are referring to when they talk about the Fed lowering or raising interest rates.

All banks are subject to reserve requirements, but they frequently fall below requirements in carrying out day-to-day business. To meet requirements, they have to borrow from each other’s reserves. This creates a market in reserve funds, with banks borrowing and lending as needed at the federal funds rate. The federal funds rate is important because by increasing or decreasing it, over time, the Fed can impact nearly every other interest rate charged by U.S. banks.

The FOMC uses its control of the federal funds rate “to promote effectively the goals of maximum employment, stable prices and moderate long-term interest rates” as mandated in the Federal Reserve Act.

The Federal Open Market Committee has eight scheduled meetings each year to determine if the federal funds rate target should be adjusted. Before each meeting, FOMC members receive the “Green Book,” which contains the Federal Reserve Board (FRB) staff forecasts for the U.S. economy; the “Blue Book,” which presents the Board staff’s monetary policy analysis; and the ”Beige Book,” which includes a discussion of regional economic conditions prepared by each Reserve Bank.

When the FOMC meets, it decides whether to lower, raise or maintain its target for the federal funds rate. The It also decides on the discount rate. The reason we say that the FOMC sets the target for the rate is because the actual rate is determined by market forces. The Fed does its best to influence open-market operations, but many other factors contribute to what the actual rate ends up being.

A good example of this phenomenon occurs during the holiday season. During this spending season, consumers have an increased demand for cash, and banks draw down on their reserves. This places a higher demand on the overnight reserve market – which increases the federal funds rate. Keep in mind, when you hear there is a change in the federal funds rate, it’s actually a change in the Fed’s target.

Sometimes the FOMC maintains rates at current levels but warns that a possible policy change could occur in the near future. This warning is referred to as the bias. The means that the Fed might think that rates are fine for now, but that there is a considerable threat that economic conditions could warrant a rate change soon. The Fed will issue an easing bias if it thinks the lowering of rates is imminent. Conversely, it will adopt a bias towards tightening if it feels that rates might rise in the future.

If the target rate increases, the FOMC sells securities. If the FOMC reduces the target rate, it buys securities. For example, when the Fed buys securities, it essentially creates new money to do so. This increases the supply of reserves in the market. If the Fed buys a government security, it issues the seller a check, which the seller deposits in his or her bank. This check is then credited against the bank’s reserve requirement. As a result, the bank has a greater supply of reserves, and doesn’t need to borrow money overnight in the reserves market. Therefore, federal funds rate is reduced. Of course, when the Fed sells securities, it reduces reserves at the banks of purchasers, which makes it more likely that the bank will engage in overnight borrowing, and increase the federal funds rate.

Keep in mind that reducing the target rate means the Fed is putting more money into the economy. This makes it cheaper to get a mortgage or buy a car, for example, which helps to boost the economy. Interest rates are related, so if banks have to pay less to borrow money themselves, the cost of a loan is reduced.

The Federal Reserve System is the central bank of the United States. It’s composed of three key entities, including the Board of Governors, 12 Federal Reserve Banks and the Federal Open Market Committee. Since 1977, it has operated under a “dual mandate” from Congress to foster economic conditions that achieve both stable prices and maximum sustainable employment – and it’s also charged with moderating long-term interest rates. The Fed serves in various capacities to promote the effective operation of the U.S. economy.

The Fed has more power and influence on financial markets than any legislative entity. Its monetary decisions often lead the way for other countries to take the same policy changes. FOMC announcements are often market-moving events, and, as such, are closely watched by investors and traders.

Help Me to Keep This Blog Afloat

Salam to All Viewers. This Blog is run at a non-profit basis. Need your kindly support for research, maintenance and web hosting please. InsyaAllah this can boost up me to keep producing great content!

✔ To SAVE Your Family, Buy Gold
✔ To HELP Our Nation, Keep Gold
✔ To FOLLOW Your Religion, Use Gold